What’s up everyone, I thought I’d share a little music video I made with Wesley, Kyle, Maereg, Alex, and Yina! It’s a cover of thrift shop. I can’t say it’s my best work, but considering it was filmed in 4 hours (I’d have liked at least a full day), with no extra lighting and I edited it in only a couple hours, I can’t complain. Let me know what you think, and check out StuCarrotFamily on YouTube! Scroll past the video for some behind-the-scenes info!

I had a great time working on this video. It’s been a while since I’ve gotten to do a big(ger) production with color correction and different camera angles and audio sync. (sorry for the run-on). A couple scenes you will notice are really grainy. That’s because I didn’t film using any lighting. It was sort of a spur-of-the-moment video shoot, so I didn’t bring all of my equipment with me. We had one scene in the kitchen that was quite dark and my 50mm prime lens (f/1.8) was not wide enough, so I had to shoot at f/4.5 with a high ISO (1600 for anyone who knows what that means). So sadly that produced some grain but in post I was able to tone it down a bit. I may post up some behind-the-scenes shots later but I’ll have to pull frames from the video, which sounds like a lot of work.

There’s a couple scenes outside of GoodWill, and you may be wondering why we didn’t film inside the store. Trust me, we tried, and after getting permission from the employees to film something quick, the mean manager had to come over and tell us we couldn’t be there with our camera unless we called corporate headquarters and got permission. So, we went outside and blocked their sidewalk and doors and filmed the rap segment.

Also you may notice some out of sync audio by about 2-3 frames. This is because we changed the audio track at the last minute and I did the best I could to make it line up and look realistic. Hope it doesn’t bother you too much.

Here’s a few frames of footage that either didn’t make it into the video, or just frames to show you what the footage looked like before post. 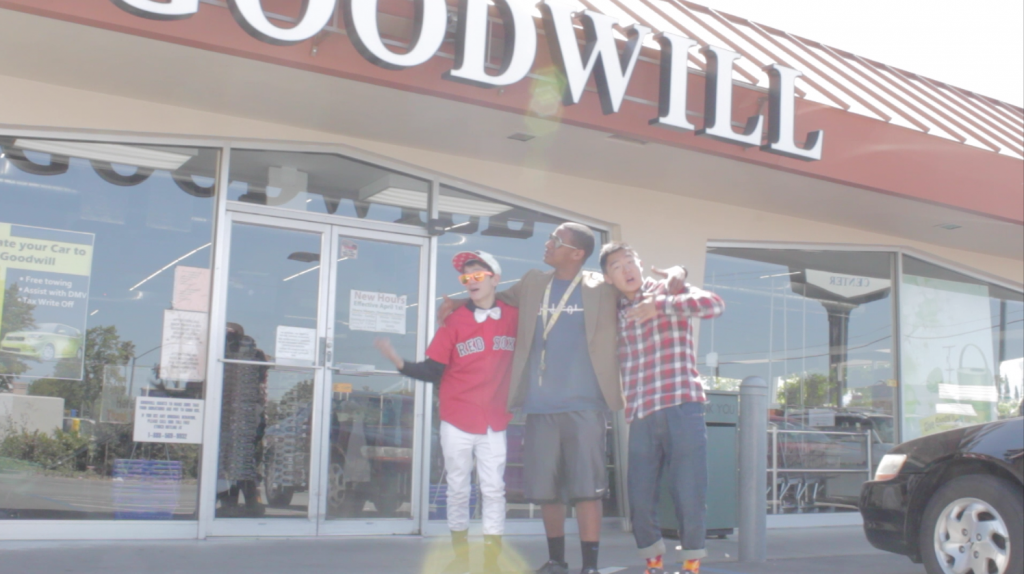 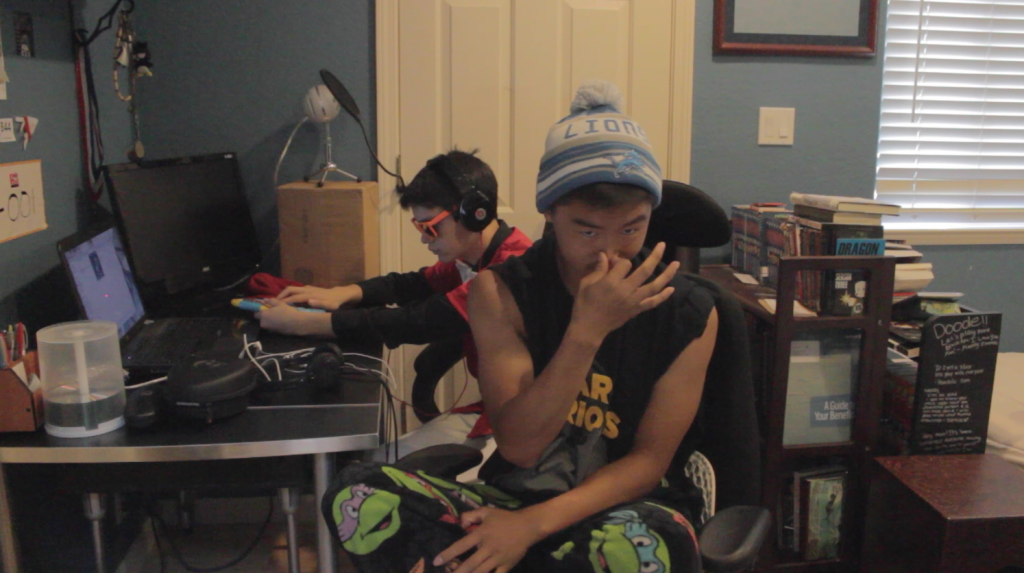 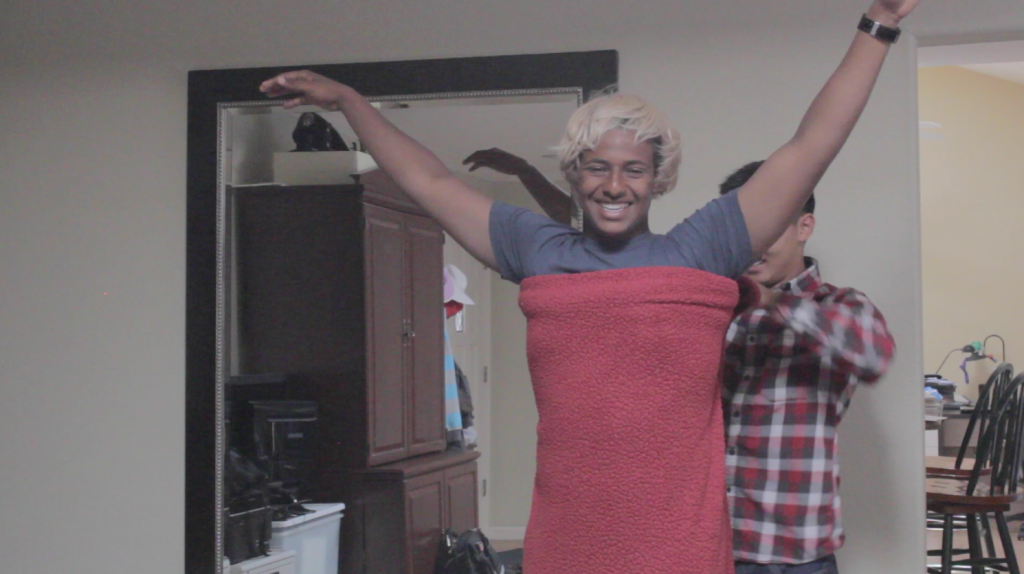 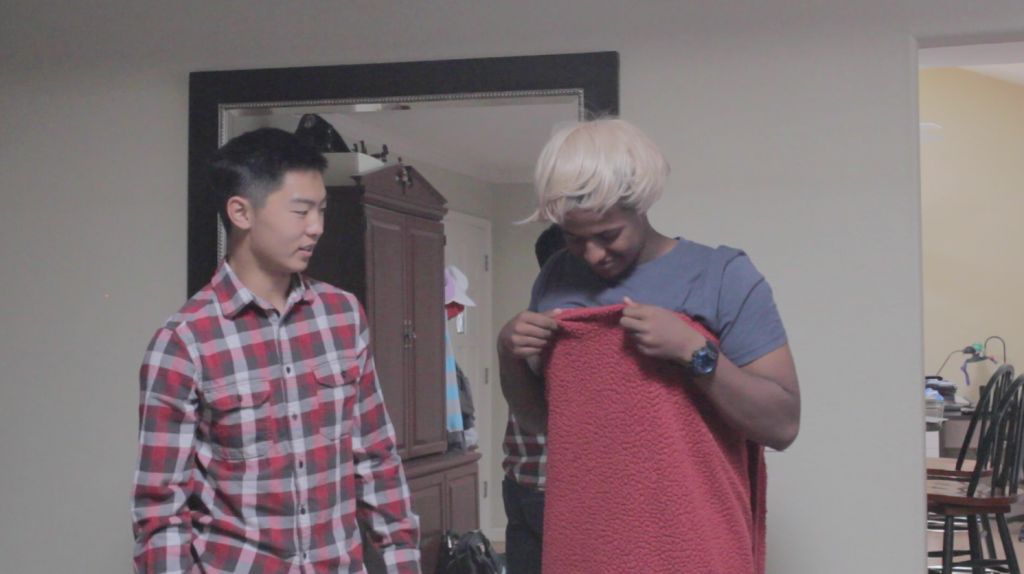 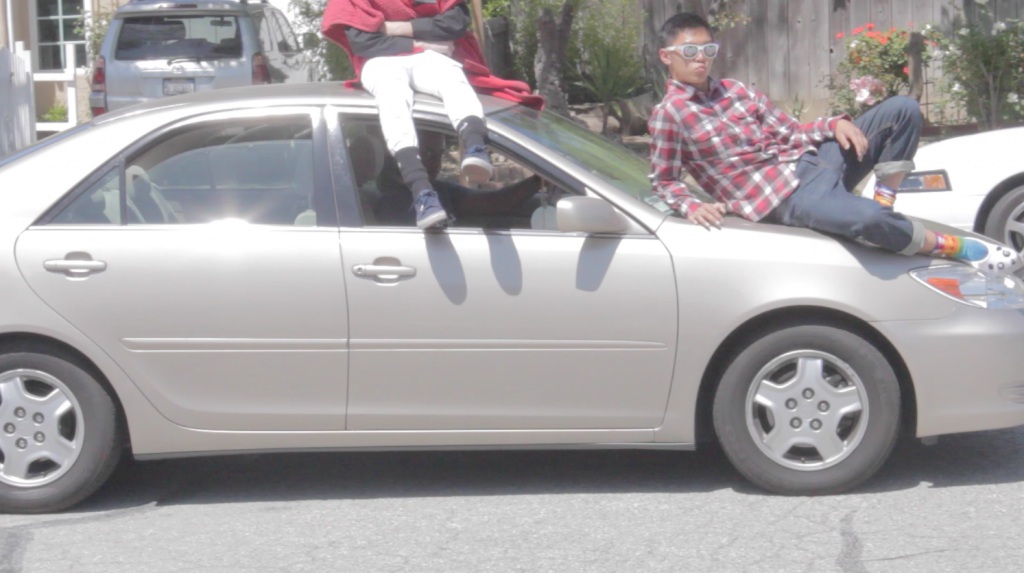 How I Pay for the Blog: